Granite Construction is scheduled to begin the second half of the North Tie-Down Apron Reconstruction on Tuesday June 1st, 2021.

The pavement will be removed airside of four hangars. Each of these hangar owners & users should make arrangements to not have aircraft access in or out of their hangars between June 1st and July 19th.

Twenty one (21) hangars will lose the ability to get an aircraft from their hangar to the Runway & Taxiways. Each hangar owner or user will need to make arrangements to not have aircraft access in or out of their hangars between July 19th and August 23rd.

Additional time will be required to core the tie-down anchor points and to paint in the striping and the tie-down "T's".

These dates represent the best estimates for each phase, but the actual times could vary somewhat.

The full project should be completed by mid September. 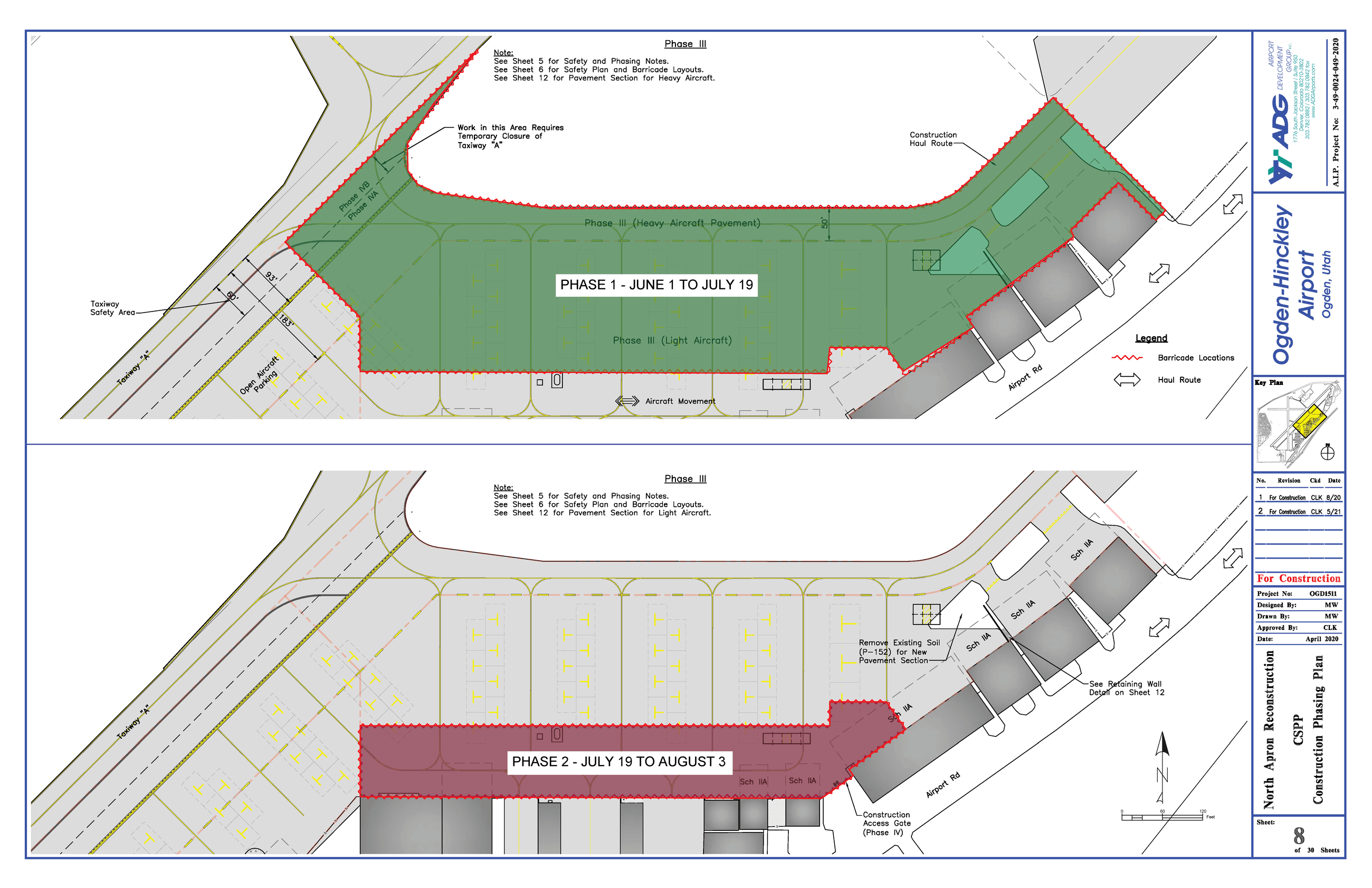