Doug Stephens was elected to represent Municipal District 3 in November of 2005 and was reelected in November 2009. In 2008, he was elected and served as Council Vice Chair. He has lived in Ogden all his life. Doug graduated from Ben Lomond High School and received a Bachelor’s degree from Weber State University in Business Management and Business Marketing in 1972.

Doug was previously employed by Z.C.M.I. and Meier & Frank for 38 years. He was the Ogden Pioneer Days Parade director in 2005-2008. He is interested in sports, gardening, and oil paintings.

Doug and his wife, Saundra, have four daughters and two granddaughters. 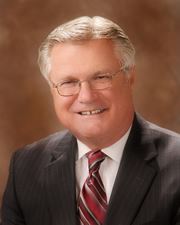