Residents packed Council Chambers on August 29th to provide feedback on whether urban chickens should be allowed in Ogden’s residential neighborhoods. 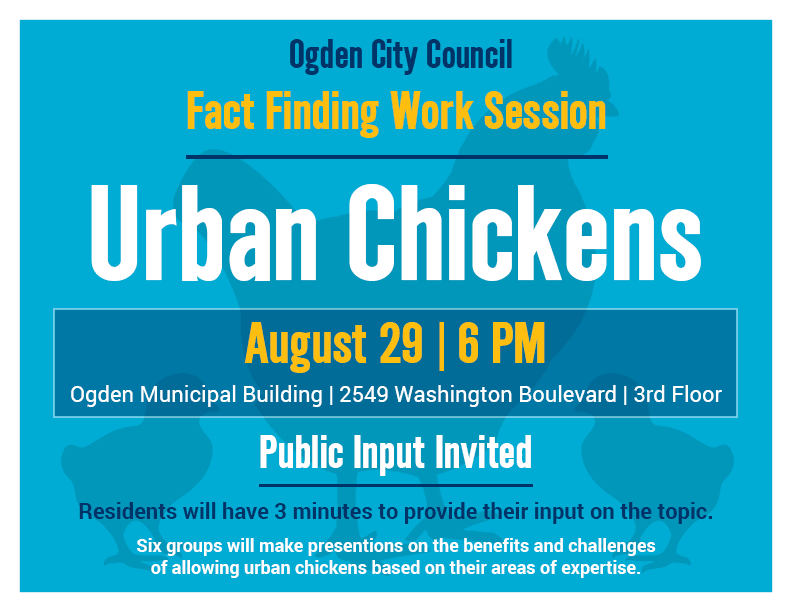 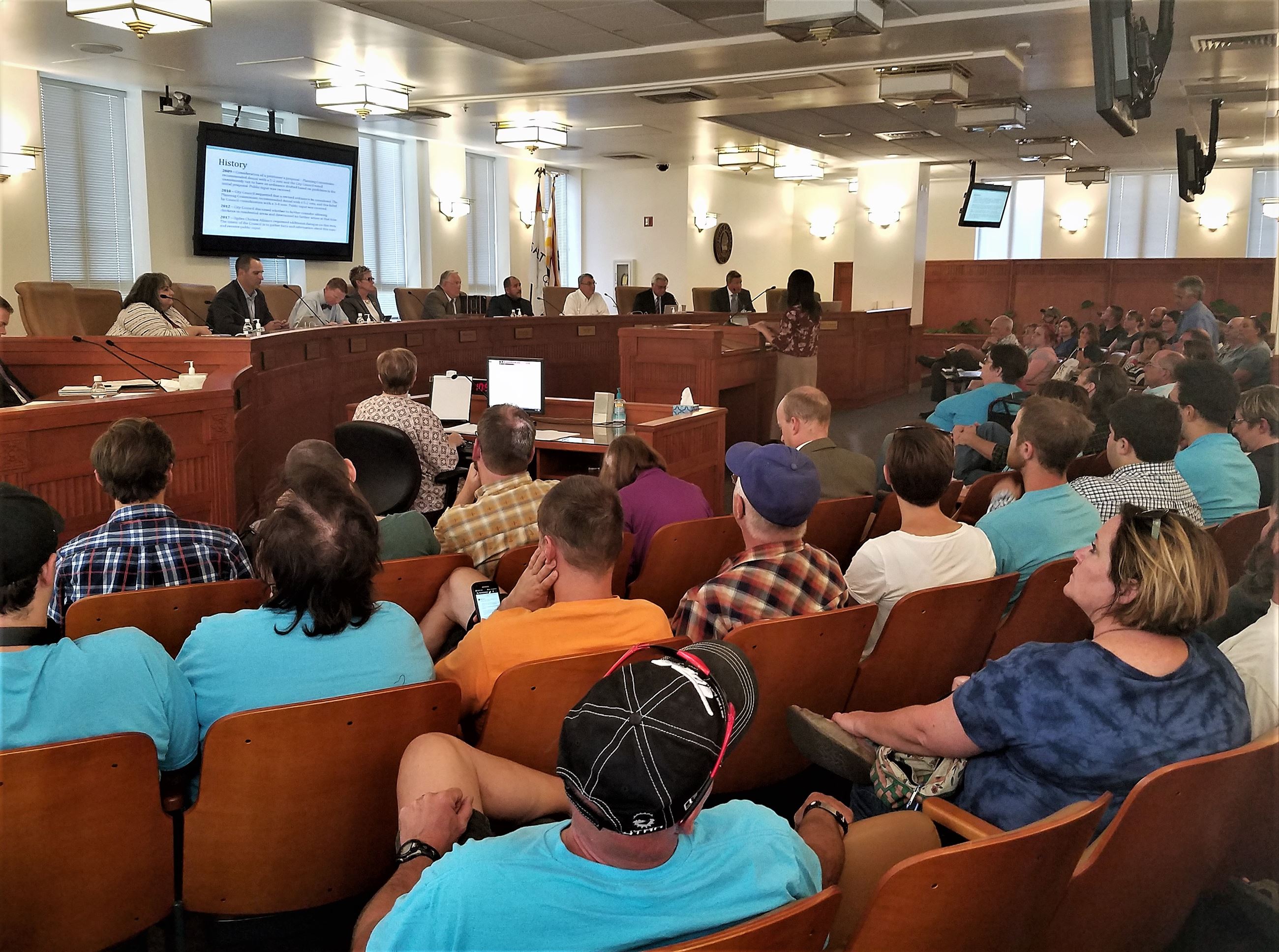 In addition to the information provided during the fact finding work session, the Council has gathered information by phone and email, on social media, and through a poll conducted on Facebook and the Council’s website. Poll results compiled until August 29th at noon are available here.

Chickens are not currently permitted in Ogden, with the very limited exception of legally nonconforming parcels, meaning that chickens have been kept on the land continuously since before zoning ordinances were changed to no longer allow chickens.

Both the Council and the Planning Commission considered the issue in 2009 and 2010, with input from the public received each time. It was discussed again in 2012.

No action was taken during the fact finding work session.

Following the meeting, the Ogden Chicken Alliance filed a petition requesting the City create an ordinance allowing urban chickens in Ogden’s residential neighborhoods. The petition went through the Planning Commission's process before coming back to the Council.

The Council will consider the petition and a draft ordinance during the Council meeting scheduled for December 19, 2017.

The information gathered in the Fact Finding Work Session and through the Council's public outreach efforts will be taken into consideration during the meeting on December 19, along with the information provided by the Planning Commission.

Click here to learn more about the petition and draft ordinance.


(Results were compiled at noon on November 15th. All responses received after have been reviewed by the Council but not included in the data set.) 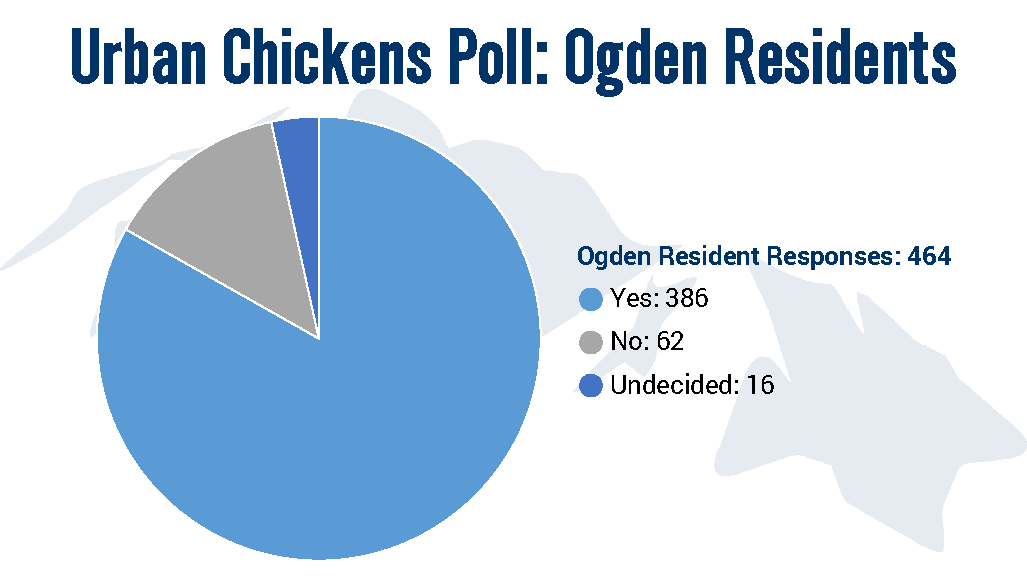 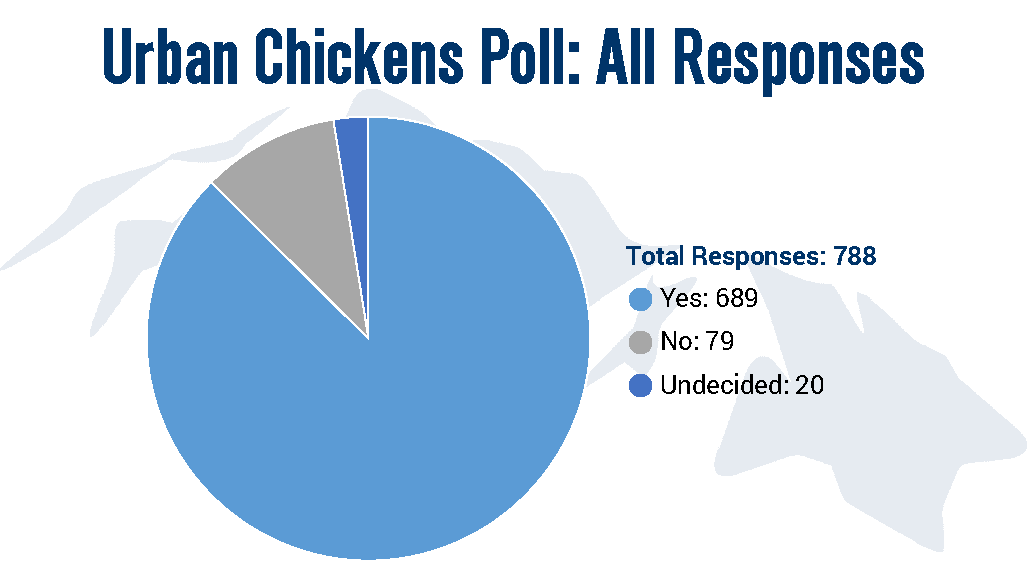